How TM and the Advanced Techniques transformed this meditator’s life

Many of us after meditating for a while realise there is more – more happiness, more calmness, and more awareness waiting for us. For some, regular Transcendental Meditation practice is enough and they’re happy with their routine – for others, TM is a taste of the fullness of life that’s available, and they would like more.

That’s where we turn to Maharishi’s advanced programmes of Transcendental Meditation, which help us to accelerate our personal evolution, find our full potential, and live 200% of life.

Beatrix Bandl is one of those who wanted more. After practising TM for three years, she felt she was ready for the next stage of her evolution and began looking for opportunities to take  the Advanced Techniques and the TM-Sidhi Programme. Beatrix has a remarkable story of her journey to find happiness, and came to MERU last year in order to develop her consciousness.

Read on to find out how she pursued the advanced programmes of Transcendental Meditation through the MERU Volunteer Programme, and to hear her remarkable story.

Declan: Can you tell me about your background. Where are you from?

Beatrix: I am from a small village called Egyházaskozár in Hungary. Before coming to MERU, I worked and lived in different countries such as Denmark, Spain, Austria and the Netherlands, working physical jobs like cleaning. Through this international experience I learned several different languages, which was an enriching experience.

Declan: What is your background with Transcendental Meditation?

Beatrix: I learned TM in 2015. I remember what my teacher told me on the first day of instruction, ‘Don’t expect the world to be a rainbow instantly’ – meaning that my life wasn’t going to change drastically immediately, but that taking the step of learning TM was still important.

When I was 18 years old, I found an article about Transcendental Meditation and it sounded strange, so I just pushed it away. After seven years, when I found it again, I just knew that, okay, now it’s time to learn it! I remember at 18 years old I lived a very self-destructive lifestyle, to be honest. But one part of me always wanted to purify myself somehow. (The other part of me was living a typical party lifestyle!)

That first time I found TM, it felt like the wrong time for me – I think there is a right time to find TM. This is also true for the Advanced Techniques and the TM-Sidhi programme. When you’re ready, you’re ready.

Before learning TM, I had already made a lot of changes in my life, like quitting my job and getting out of my toxic relationship. I went to Spain to retreat a little bit from work. There I got the idea of learning something that could bring routine into my life, because before I had practised meditation by myself, but I never really stuck to it.

I had a desire to go on a meditation retreat where I could meditate with others, but also I wanted to get a clearer idea of how to continue my life.

Then I started researching meditation techniques and somehow found a residence course in Hungary I wanted to go to, but one of the requirements was that you had to have learned TM! So I went back to Hungary and learnt TM there so I could go on the course.

You mentioned a self-destructive lifestyle. How has TM helped you with that?

After learning TM, my bad habits went away after a while. As my teacher said, not everything may change. You start to practise it and things happen step by step. After I learned TM, some things came back up for a while, and I was able to look at these situations with a more developed consciousness. I was able to look at them and realise why I was following this lifestyle.

I was always seeking happiness. My parents never meditated, so I was searching for happiness by myself and I just went down the wrong path. It was only after learning TM that I realised that what I was looking for was actually the self – to go back to the self, and now I have the tool. I can go there in a very healthy way and not damage myself, my body, and my mind.

We all want happiness, but without knowing the tool to reach it, we search for it in other places that get us further away from it. Knowing where to find happiness makes me appreciative of TM and Maharishi for bringing this technique to the west and the whole world.

‘We all want happiness, but without knowing the tool to reach it, we search for it in other places that get us further away from it.’

Could you tell me an early example, after you learned TM, of when you started to notice it was changing aspects of your life?

It has transformed my whole life so far – including relationships, my health, my work life. The first thing I experienced, straight after the first instruction, was that I felt I had arrived home. I found the self, became aware, and had heightened perception. For example, when I was listening to music, I could feel the vibration and I could just sense what exactly the artist wanted to say to people, so it was a very, very refined experience.

With relationships as well, I felt inside that people’s feelings towards me changed, and I realised that it was the reflection of the self that I experienced in the first two months – this was very powerful for me. An example of this was with my parents – my behaviour towards them was replaced by a more understanding and patient attitude. It still makes me smile when they say this changed because maturity comes with age. Well, I’m sure that’s partly true.

After two months, I began to feel some roughness and I learned a lot about ‘unstressing’ and the effects on the mind and body from releases of stress. Becoming aware that the roughness was part of the process encouraged me to carry on with the practice of TM, which is why I am grateful for the knowledge, as well as the technique that Maharishi has brought to us, so we know what is happening with our physiology during meditation.

‘The first thing I experienced, straight after the first instruction, was that I felt I had arrived home.’

When you first learned TM, was it a struggle to fit it into your routine?

No, in the first few months it was perfect. I was practising it regularly and then I had another part of my life which was very rough, but I still did it. There were some months that I was not as regular because of another job, because I overworked during the night, and sometimes I was just too tired to meditate.

Following TM, you discovered the Advanced Techniques. How did that come about?

I heard about the Advanced Techniques from TM teachers in Hungary.

After practising TM for three years, I took the first Advanced Technique. I was ready for the next stage, like shifting gears in a car, so I got the idea to do the TM-Sidhi course, but the requirement is to get the Advanced Techniques first.

Before, I was always able to go deep and transcend easily – but with the Advanced Techniques it was more easily done, just like one second, and boom, straight down. It’s very enjoyable and powerful: the heart opened up, and I developed an unconditional love towards people and things. From receiving my first technique, transcending was more clear 24 hours a day.

‘It’s very enjoyable and powerful: the heart opened up, and I developed an unconditional love towards people and things.’

Was it the Advanced Techniques that encouraged you to come to MERU?

Yes. I initially wanted to come to MERU four years ago, but something happened so I stayed home. Last year, I came here and being able to easily take the TM-Sidhi programme was what encouraged me to come here. I also heard that doing the Sidhi course here can be more powerful, because you can integrate your experiences more efficiently at MERU than outside – the environment here is so supportive. I agree with this, as I have taken the Advanced Techniques here and also the first block of the Sidhis. It has helped to be in the same environment and be part of a community of people who meditate: it’s a very powerful benefit. And I’ve stayed at MERU for eight months now!

‘You’re working at the Maharishi Ayurveda Health Clinic now, but before you were on the Volunteer Programme – can you talk to me about that?

My purpose for coming to MERU was to do the Advanced Techniques and the TM-Sidhi programme. Fortunately, I also learned how to do Panchakarma, which was a course offered in the Maharishi AyurVeda clinic in Bad Ems. So now I’m a Panchakarma technician and not on the Volunteer Programme, but I really enjoyed volunteering when I did it. I worked in the kitchen, cutting vegetables, and in the dining hall, and was also involved in MERU’s summer assembly Guru Purnima, which was a very good experience.

Lastly, could you talk to me about what the community is like at MERU? What would you say to people thinking about coming?

It’s very friendly. People are very open and happy – they take care of each other. I like being here at MERU and it feels like it’s my second family. When I go home to Hungary and when I come back to MERU, it’s like the same homey feeling.  As we all meditate, most of the time when we are going through things, people understand, and we are able to just stay by each other’s side and support each other. Outside of volunteer work, there is lots to enjoy on campus such as celebrations with pujas, recitations, and advanced knowledge meetings. Plus, many volunteers socialise off campus, too.

Volunteering here is a good opportunity that MERU provides because we are able to take the Advanced Techniques and other programmes and courses inexpensively, and MERU provides everything that we need while we’re here. For example, I don’t really spend money, and so it is very attractive to do the volunteer programme. I think if you are someone who wants to take the Advanced Techniques and the TM-Sidhi programme, and you don’t have enough money to afford them in your country, then I really encourage you to come here to volunteer and earn them as I think it’s a great opportunity!

Ready to grow in 2020 and beyond? Here are the events and opportunities we most recommend for you. 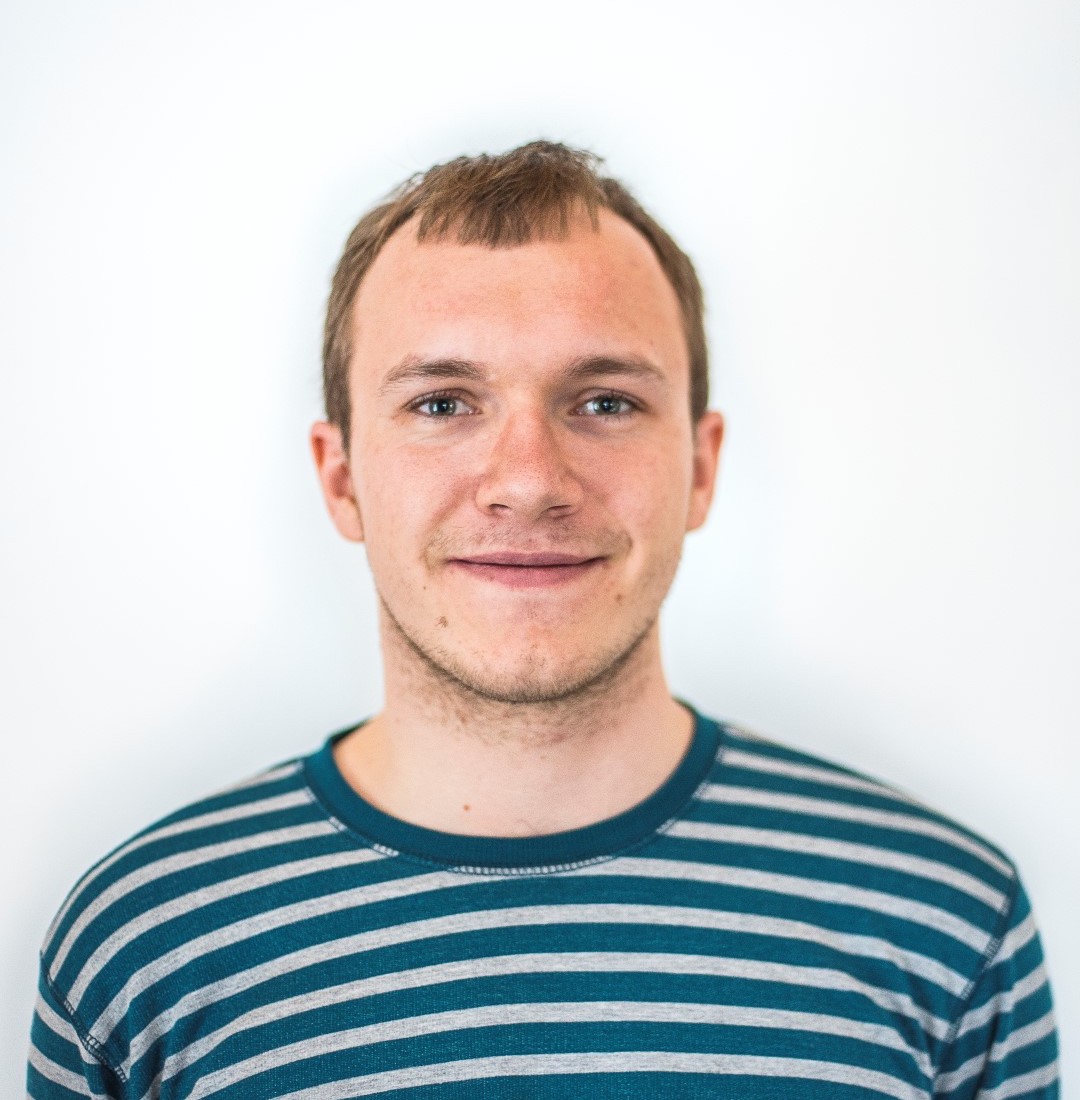 This meditator dropped everything for the TM-Sidhi Course 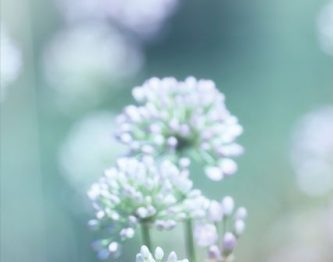 Yes, that TM Retreat is probably worth it.