In English and German

*There is a reduced price for lower-income countries, please see the application form.

This course is open to everyone

Join this special, interactive online accredited course and learn about Diet, Digestion and Nutrition, as described by the principles of AyurVeda, the science of wholeness of life.

Through interactive, guided learning from renowned lecturers from India and Europe, Stichting MERU has developed online courses that can be easily integrated into your life. These courses are accredited by the AYUSH Ministry, Government of India, and after successful completion of each course you will receive a certificate.

A Summary of the course

This course provides profound principles and practical knowledge of how to promote good health through proper diet, digestion and nutrition. Participants learn to select their own specific diet according to body type, age, time of day and season, and how to achieve balanced digestion in order to promote optimal nourishment and health.

Topics of the course include

•  The nature of food and its inherent qualities
•  Quantity and combination of foods
•  Guidelines for the intake of food
•  Selection and digestion of food in relation to age, state of health, environment and daily and seasonal rhythms
•  The mechanics of digestion of food and how to enhance one’s digestive power
•  Balance and imbalance of digestion and metabolism, and their correction
•  The influence of mind, senses, emotions and behaviour on digestion
•  The relationship of diet and digestion to the development of higher states of consciousness
•  Simple recipes for the preparation of delicious and healthy food 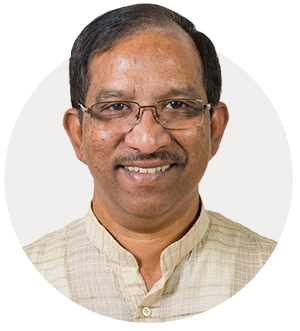 Dr Hanumantha Rao holds an MD in Ayurveda and has extensive clinical and teaching experience. He trained in Maharishi AyurVeda under Maharishi’s guidance and has been associated with Maharishi’s Global Organisation since 1991.

Dr Rao is Chief Maharishi AyurVeda physician at the MERU Health Centre in the Netherlands, in addition to his being an esteemed MERU faculty member. 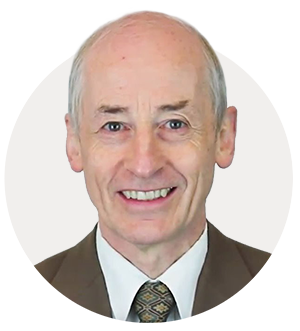 Dr Donn Brennan, Founding President of the Ayurveda Practitioners Association, was one of the first western physicians to train in India in the Maharishi Vedic Approach to Health.

He qualified in medicine in 1979 at University College Dublin. During the ‘80s, he worked in different specialities in hospitals, and then as a GP. It was at this time that he trained in Maharishi Ayurveda.

Dr Brennan became a teacher of Transcendental Meditation in 1982. For eighteen months, from 1984 to 1985, he studied Maharishi Ayurveda in America and in the Government-run Ayurveda University in Jamnagar in Gujarat state, India.

Since 1990, he has worked full time promoting, lecturing, and consulting in Maharishi’s Vedic approach to health. Dr Brennan has lectured and consulted in almost all the major cities in Ireland and Britain, as well as Iceland and the Channel Islands. He has given many seminars, advanced talks, and courses, including introductory courses for physicians, and pulse diagnosis courses. Many thousands have consulted with him for health advice.

The course fee is 320€ 299€, including VAT. Reduced prices are available to participants from lower-income countries — please see the application form for more about the prices for different countries.

If you miss any sessions, replays will be available on MERU’s new online course platform for three months after the course ends.

Technical requirements to join are that you have a desktop, laptop, or mobile device that can access the internet. The course will be conducted by Zoom video conferencing software. Instructions for using Zoom, and login details for joining the course, will be provided before the course.

Once the course begins, you will be able to catch up on sessions you may have missed or review any session you would like to see again on our online platform.